Tick, tock, tick, tock. That’s the sound of a pocketbook getting lighter… and someone being fired. The age old adage “Time Is Money” is as accurate in real estate as anywhere else.

While most individuals who work with institutional-grade and flagship commercial real estate are keenly aware of the myriad reasons that assets are sold off-market, every now and then I am approached by an individual asking me why anyone wouldn’t publicly list an asset. I mean, if you are trying to sell something, you want to get it under as many noses as possible, right?

Not so. Not when the Cost of Failure in commercial real estate is so high.

Let’s draw a nonconforming parallel. I have a bottle of Coca-Cola that I want to sell. I walk up and down the streets of San Francisco parading this bottle of soda, offering to sell it at market-rate. Let’s say I do this for a month and, much to my chagrin, no one buys it. Disregarding the wear and tear from taking that bottle everywhere with me for a month, that bottle of soda will maintain its value as long as every other retailer in the city doesn’t drop their soda prices. I could offer to sell it for less, but the market isn’t forcing me to. As such, I should be doing everything I can to sell the soda; posting it on Craigslist, creating a website for it, maybe I’ll even conduct a direct mail campaign for it.

One thing is for sure: the fact that I am failing to sell that soda is not impacting the value of Coca-Cola soda. This is not how real estate works.

In the vast majority of instances, real estate values are driven by market forces. This is often the best determinate of the actual value of the asset, although not in every scenario. Let’s create a more apt hypothetical situation:

I have a unique multifamily asset in a prime San Francisco neighborhood that is underpriced at $40 million. Maybe I am looking to close quickly. I call my broker and the asset goes on the public market. While this asset would appeal to a number of buyers, the individuals who would be ready to jump on it may have their liquidity tied up in other deals, another may be in Barcelona for the month visiting their daughter at boarding school and taking in the sights, and yet another working on expanding growth in a different geographic region for this financial quarter.

Whatever the case, my multifamily asset didn’t sell within a month. Every buyer in the marketplace saw it and whether I try to keep selling it or bring it back on the market a year from now, the value of my asset just took a serious nose dive. Maybe I **unfairly** fired my broker and he was a good guy – helluva golfer. So, now my asset has lost value and I lost a good broker. I am being hyperbolic, but you get the point. I was in a strong negotiating position at the beginning of the month and am screwed by the end of it.
That’s the cost of failure.

In reality, I could begin to list a dozen or so reasons a party chooses to sell an asset off-market, although, the point is that there are a number of reasons to choose this route… and one of the many reasons is the Cost of Failure. 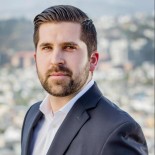