You’ve probably been inside one without realizing it. Modular, or prefab buildings are becoming more common in the U.S. as builders look for ways to shorten construction schedules and trim costs.

The modular approach to construction is a process where the building components (e.g., walls, floors, balcony, stairs, etc.) are prefabricated in batches in factories, and then shipped to sites for assembly. This may conjure up pictures of flimsy, temporary structures, but that is far from the reality.

Virtually every modern construction project uses prefabricated components to some extent, but modular buildings generally refer to those that are primarily assembled off site. The move toward this approach was initiated by a high demand for affordable housing.

Modular homes are most often associated with Japan, and indeed a high percentage of the population there lives in prefabricated homes. This type of construction became prevalent following World War II, when there was a great shortage of housing. Modular structures can be completed in a much shorter time frame than comparable projects done the traditional way.

In Japan, a home is considered prefabricated if at least 2/3 of the construction process is completed at the factory. Some of the leaders in this industry include Sekisui House, Daiwa House, and Misawa Homes.

Developers found that prefabricated housing was more economical to build, was more environmentally friendly, and could even be more resistant to earthquake damage than houses built entirely on site.

These advantages have attracted the attention of the construction industry worldwide, along with other factors driving the growth of the modular home building industry:

Short construction period —While modules and panels are manufactured off site, the foundation is being simultaneously laid on site, saving time.

Fewer workers on site —For Japanese projects, it typically only takes five workers and three weeks to erect the main structure of a two-story house. It’s basically a matter of joining the parts and then connecting the plumbing and wiring.

High quality, standardized workmanship —All the components are made to specifications, and quality can be strictly controlled. As a result there are fewer defects, saving time and money.

Sustainability —This technique results in less waste of materials onsite.

Japanese prefab construction goes into affordable and upscale single-family homes, and is also used in multi-family properties. The short construction time means the projects can be responsive to current conditions and needs in the community. For example, Daiwa House is creating city living solutions that accommodate the preference for mixed-use development:

At our Royal Parks ER Sasashima, completed in March 2015, we offer new concepts in rental apartments, including one type in which two generations of a family can live together, and apartments for sharing by students or single working persons. The building also features other facilities such as a preschool and a fee-based home for the elderly. Not only does this large-scale building – combining rental apartments with other facilities – cater to a wide range of tenant needs, we also expect it to make a valuable contribution to the local community thanks to its ability to generate and provide lifelines at the time of disaster.

As conventional building costs continue to climb and skilled onsite labor continues to be scarce, module building will grow in popularity in the coming years.  Factory fabrication of building components will ease the pinch that is being felt by contractors unable to find enough skilled workers to complete their projects.

With this worry off the table, developers who have been hesitant to overextend themselves may feel comfortable with taking on more projects. This should be good news to city residents seeking affordable housing. 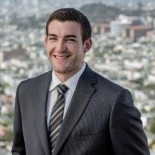 One thought on “Modular Construction: Changing How Cities Are Built”