Los Angeles has long been famous as a paradise of sunshine and star power, but this sprawling SoCal metropolis includes a cornucopia of vibrant neighborhoods, each with its own homegrown flair and market advantage. As the city’s population expands, several suburbs are seeing a sharp increase in property values. Read on to learn about five emerging real estate communities in Los Angeles!

Named Los Angeles’ Best Neighborhood in 2013, Silver Lake has been attracting attention from young people looking for a place to set down roots in Southern California. Just east of Hollywood, Silver Lake has become a haven for hipsters, with its blend of hybrid gallery spaces, top-rated restaurants, and quirky shops – but families looking to settle here will be drawn by prestigious Ivanhoe Elementary and the Silver Lake reservoir park and recreation center, as well as the high-end retail stores that have started to spring up in the neighborhood. This year, sales for homes above $1M skyrocketed, with 34 home sales recorded just in the first quarter of 2016. With an average sale price of over $1.3M, residential properties in this area are clearly gaining value, and no fewer than three planned large-scale developments promise a sharp increase in the market for upscale condos. Silver Lake is full of the Spanish colonial-revival homes that are so characteristic of Los Angeles residential architecture, and some of the biggest names in early-twentieth-century architecture designed buildings in the area, including Richard Neutra, Rudolph Schindler, and John Lautner. Every visitor will be impressed by its wealth of amenities and easygoing, walkable vibe.

Home to the Southwest Museum, Mt. Washington is located between two other Los Angeles neighborhoods that have garnered attention as emerging real estate hotspots – Eagle Rock and Highland Park – but property values are still relatively low in comparison, with a median price of just $699,000. In the first quarter of 2016, online real-estate hub Redfin found that Mt. Washington homes had the highest resale value for “flippers” in California, a strong indicator that property values in the neighborhood are on the rise. Mt. Washington boasts premiere city views and the stellar reputation of Mt. Washington Elementary School. This quiet, lovely suburban neighborhood has become a favorite among families looking for a stable, feasible alternative to Westside real estate – and it may be the perfect prospect for hipsters looking to invest in a home without losing access to the rich cultural and artistic interest that drew them to Los Angeles.

Atwater Village borders Silver Lake and Los Feliz, and an influx of young creative professionals is spilling over into this lesser-known but vibrant neighborhood. This year, median home sales climbed by $105,000, a 15% increase since last year, and the average price per square foot rose from $600 to $624. Atwater Village is one of the most diverse neighborhoods in Los Angeles, with extremely low crime rates and a strong local business presence. Its mix of bohemian street life and strong neighborhood values means that properties in Atwater Village are in demand, with low commercial and residential vacancy rates and a stable homeowner community. Although this compact enclave will rarely list more than twenty residential properties at any given time, a steady increase in value makes them an excellent investment for a buyer hoping to set down roots in this revitalized east side neighborhood.

Downtown Los Angeles is seeing a renaissance after decades of neglect and commercial saturation, with more than 9,000 apartments and condominiums constructed in DTLA just last year and another 13,500 in the works. New developments in the highly diverse Arts District open up a variety of options for residents who want to be close to the action, and factory and warehouse spaces promise beautiful refurbished lofts with exposed brick and high ceilings. Renovation and increased demand caused average rents to rise from $3 per square foot to over $4, with more increases projected for 2016. Sales prices for DLTA jumped from $242 per square foot at the first quarter of 2015 to a hefty $655 per square foot by the end of the year, according to the LA Business Journal. DTLA housing allows residents to live in luxury without having to worry about a long commute, an increasingly popular option for entrepreneurs and creative professionals. Like San Francisco’s SoMa, DTLA offers a wealth of space in an ideal location – this emerging community features trendy galleries, artisan coffee shops, and unique boutiques. Bordered by Alameda Street and the Los Angeles River, this section of Los Angeles’ Downtown area is open and walkable, an added advantage for a startup looking to establish a central brick-and-mortar location for its team.

“Frogtown” doesn’t sound as glamorous as “Rodeo Drive” – yet. (Its official name, Elysian Valley, is rarely used – the neighborhood’s nickname comes from the frogs that used to crowd the nearby river.) This quirky arts community is chock-full of studios and galleries. Up-and-coming Los Angeles artists like Shepard Fairey, Thomas Houseago, and Mark Grohjahn have set up shop here. Frogtown’s annual sidewalk arts festival, the Frogtown Art Walk, is extending its half-mile promenade zone to accommodate swelling traffic. Property investors have also zeroed in on Frogtown. Nine projects are currently under construction, and more than thirty development and reuse projects are in the pipeline. Local developer-turned-philanthropist Morton La Kretz is planning to start construction this year on a project including 60 townhouses and several urban park areas. The Friends of the L.A. River (FoLAR), a Los Angeles neighborhood revitalization nonprofit, has made Frogtown its poster neighborhood for a beautified Los Angeles riverside. Frogtown was also recently the beneficiary of a $3.2 million renovation initiative for Frogtown’s Marsh Park, demonstrating the new prominence of this artistic neighborhood. 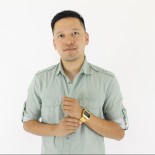 Emmanuel Lao
About the Author: Square 1 Group is a boutique digital marketing firm based in Los Angeles, California. Our real estate experience combines with our digital marketing expertise to provide an outstanding knowledge base for real estate agents looking to expand their business online. We provide all our clients with individualized support and maintenance; online marketing services; and content creation; and we are passionate about delivering custom services to the websites and companies we work with. Find out more about SQUARE 1 GROUP.