Commercial real estate is enjoying a good run, with most sectors fully back in the saddle following the downturn of nearly a decade ago.  A piece in Institutional Investor sums up the situation neatly:

“In terms of property fundamentals, apartments were the first sector to recover, reaching new peak occupancy and rents in 2011… whereas industrial properties got back to peak occupancy in 2014 and hit new peak rents last year. The situation is more mixed for office and retail sectors: Office vacancies are coming down but are still elevated above the past peak levels, and retail is still really hurting, with little improvement in occupancy     and almost no gains in rents overall since the recession.”

So there are a lot of good opportunities for investing in CRE, but the gateway markets in particular are becoming very competitive. Taking a closer look, exploring secondary markets and other cities that are flying below the radar, there are still exciting opportunities to be found. Here are 5 less-publicized U.S. markets with great investment potential.

With rising absorption rates in industrial, office and retail properties, the Las Vegas market is looking up. The credit market is loosening up, and construction is on the upswing, led by the industrial sector, which added 1 million square feet in the first quarter of the year, mostly warehouse and distribution facilities. A greatly improved employment picture drives the market in Las Vegas, where unemployment is well below 5%.

The San Antonio area is the number one tourist destination in Texas, and has had a steady stream of new residents moving to the area since the recession. Tech-friendly industry has influenced commercial development in the area. Amazon partner CyrusOne recently filed plans for its 3rd data center in the city, a $22 million facility, and Microsoft just purchase 158 acres on the west side of town, but so far they’re keeping their plans to themselves.

A startup friendly environment and young, well-educated population has contributed to the rapid growth of Denver’s job market. The city’s central business district has more commercial space than any other place in a 600-mile radius, and construction is proceeding apace there. A 640,000 square feet office tower is nearing completion adjacent to the new Four Seasons Hotel and Residences. The CBD is embracing the idea of mixed-use development, and includes more than 5000 residential units, with more on the way.

Charlottes is the banking capital of the South, and it also has one of the country’s strongest retail sectors. More than a million square feet of retail were absorbed here in 2014 alone, and construction is brisk.  Employment opportunity is making Charlotte one of the country’s fastest growing cities, adding residents at a rate of around 10% per year.

This southern crossroads is home to several major corporations, including Home Depot, UPS, Delta, and Coca Cola. The area is seeing rapid growth, and the mixed-use approach is taking hold, as evidenced by recent projects like the Avalon project, which will add a 330 room hotel and 16 restaurants, plus over 500,000 square feet of retail, offices, apartments, and single-family homes. Phase one is set to open in 2018. 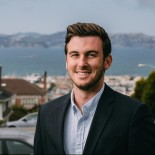 3 Non-Gateway Cities Where Foreign Investment Dollars May Surprise You